Ally-Marie Diamond is a sex trade survivor and activist, who grew up in New Zealand and now lives in Australia. This is the (slightly edited) final part of a speech she gave last year to the South Australian and Northern Territory parliaments when they were debating bills for Full Decriminalisation of the sex trade.

You can read the first part of her speech here.

In Australia and New Zealand, Indigenous, Maori, Thai and Pacific Islander women and girls are enormously overrepresented in the sex trade. We are living a combination of racism and sexism. I am here to speak out for the vulnerable, for the lost, for the weak, for the majority with no voice, for the majority too scared to speak up, for my sisters, and I am imploring you to please hear me.

New Zealand would like you to think they have the Perfect Model, but they do not. I know this because of my experiences and my sister’s experiences.

I am Maori/Pacific Islander, a culturally appropriate representative for New Zealand, my native country, my home, my people.

Since New Zealand’s Prostitution Reform Act (PRA) was passed in 2003, street prostitution has got worse than it ever was before. Children as young as nine are being pimped out on the streets by gangs, relatives, and even parents. Children as young as 12 are being sold in licensed brothels. When we hear of sex tourism, we think of Thailand and Cambodia. Well think New Zealand too, because it’s happening there – but unless you are looking for it you won’t see it.

So, tell me who protects those vulnerable girls under Full Decriminalisation? Where are their rights? Who will protect the children in your communities? If you think this will not happen here you are sadly mistaken. Once you open the door for criminal organisations, pimps and brothel owners, men’s demand for prostitution will increase, and the most vulnerable, our children, will be targeted, and groomed. Believe me I know; it has happened in New Zealand.

I hear you speak of the most vulnerable, how you must think of them. Let me tell you something.

The children need to be protected. They need to know that they can grow up in a community that is safe.

Voting for Full Decriminalisation will make your communities unsafe – dangerous even. Brothels will be popping up at the neighbours, down the road from your families, in your communities. Wherever they please. Your children will be walking to school, walking past street workers. Just this can be traumatic for a child, and change the way they view the world, themselves, and their sexuality. 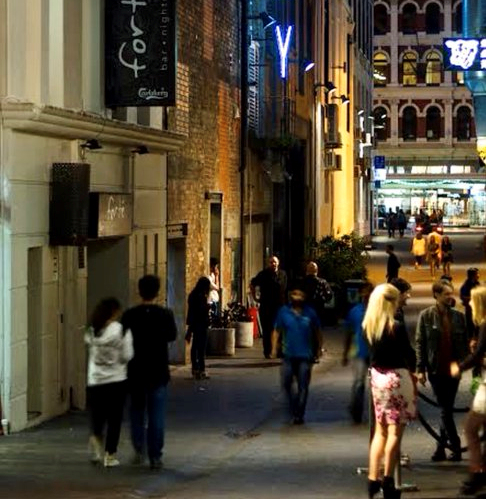 It is happening in New Zealand, in my home country, to families, to my friends. This Full Decriminalisation bill will start a domino effect that will be irreversible and damaging beyond repair.

Can you honestly tell me if you vote yes for Full Decriminalisation you will be able to go home to your own children, you will be able to walk into the schools in your communities, and look those children, and their parents, straight in the eyes and say, “Today was a great day. Today we voted that it is a man’s right to buy your body”?

One life lost is too many

When you go to vote, I ask you to remember the names of the women in the sex trade in New Zealand who have been murdered since the PRA was introduced in 2003. Remember those women, each one of whom was someone’s daughter, someone’s mum. The women who were our most vulnerable but whom the New Zealand Government did not protect when they passed the PRA in 2003. If, maybe, just maybe, those women had had proper support and services to help them exit the sex trade, they would still be with us today; still be with their families today; still be with their loved ones today.

Suzie was 36, from Christchurch. She was found strangled in a vacant block.

Nancy was 54 and from Auckland.

Mallory, a young Maori woman, only 27, was murdered in Christchurch.

Carmen, 32, a young South African woman in Auckland, murdered by someone using a child’s baseball bat. Police found her body cut in pieces and buried in a box in the Waitakere Ranges near Auckland.

Sky, 48, a Thai woman in Auckland, murdered by her on-and-off-boyfriend, after an argument about him having to leave the apartment while she had an appointment with one of her clients. He wanted her to stop working in the sex trade. He “just wanted her to shut up.” He slept next to her dead body for four weeks. The prosecutor said, “He did not love her. He did not even respect her. What he was interested in was the sex.”

Renee died from extensive burns to her body.

And I would just like to add that a beautiful woman in this room witnessed one of these murders.

I implore you please:

Be the Voice for my sisters who have died because their paying rapists beat them too hard.

Be the Voice for my sisters who have died because it was the rapist’s fantasy to choke her while fucking her.

Be the Voice for my sisters who said no, but the man did it anyway and did so much internal damage they died.

Be the Voice for my sisters who’ve lost the ability to give the gift of life because a paying rapist shoved bottles, cucumbers, carrots, stupidly oversized vibrators, shoe heels, batons, and whatever else their warped minds could come up with, so far and so hard up their vaginas that they damaged their reproductive systems beyond repair.

Be the Voice for my sisters who couldn’t cope anymore and chose the only path they could see – suicide.

Be the Voice for my sisters who are so lost in those streets that all they do is take drugs and drink until they are dying of kidney and liver failure because they see no way out, and the pain is unbearable.

Be the Voice for my sisters who are too terrified to speak out.

Be the Voice for my sisters who are still trapped in the life of paid rape with no way to get out because they have been coerced, trafficked, or had the lives of their families threatened.

Be the Voice for the innocent children left behind who lost their mothers.

Be the Voice for all the children who are being pimped out on the streets who have had their voices, and their innocence stolen from them.

Be the Voice of Change, Be the Voice that Leaves the Legacy that No Woman, No Child’s, No one’s, body is for sale!

Vote for the Nordic Model!

What was the outcome?

South Australia rejected the bill for Full Decriminalisation. One of the members quoted Ally-Marie in his own speech – saying he would give her the last word. The battle is still ongoing, and there are many hurdles to pass but we hope and pray that South Australia will show the rest of Australia that there is a different way: the Nordic Model.

Northern Territory passed the Full Decriminalisation bill. To Ally-Marie, it was as if they had already made up their minds beforehand. In the debate, one of the members referred to the women as “products” and there was little, if any, consideration for the indigenous women and girls who will be the majority of the victims. We urge the members to think again.

Ally-Marie is the co-founder of Wahine Toa Rising, a new survivor-led organisation that is campaigning for a better deal and genuine alternatives for women involved in the sex trade in New Zealand.