Driving home from work one evening in December last year I found myself listening to “Surrogacy: A Family Frontier” – a BBC radio programme series presented by Dustin Lance-Black. This was the first time I was alerted to the pending Law Commissioners’ consultation to review and update surrogacy laws in the UK.

I have always been instinctively against surrogacy in all forms. I was a midwife for twenty years, I am a woman, I have given birth twice to two wonderful daughters. I simply do not accept that babies should be commissioned, bartered for, and commodified. Nor do I believe women’s bodies should be rented out and used like breeding stock. So I listened to all of Dustin Lance-Black’s programmes (which are still available on BBC Radio Sounds) and started reading and researching whilst awaiting the consultation.

When the consultation paper was published in June my heart sank. With 502 pages and 118 questions, it seemed impenetrable. But I downloaded it, printed off all the questions and started working my way through, referring back to the document and doing other research as I went along. It has taken me many hours, and just as I finished my responses Nordic Model Now! produced their superb ten minute download which is so much better than my feeble efforts!

I have also attended two public consultation events, listening to the presentation and explanation by the Law Commissioners and joining in with the question and answer sessions at the end.

After all of this I have come to the conclusion that the consultation is deeply flawed and should be abandoned. Here are my reasons. 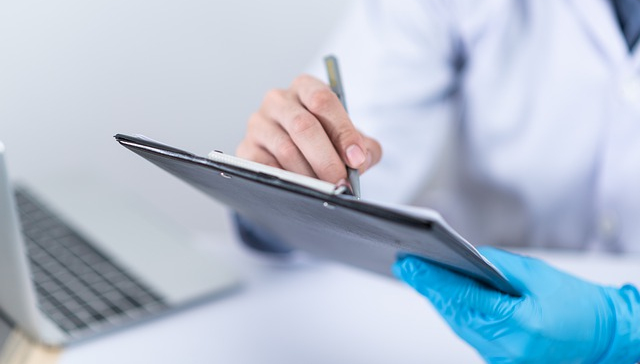 Reviewing the individuals and organisations [*] the Law Commissioners have consulted with to produce their document, the absence of medical advice is a glaring omission. This is reflected in the proposals.

Surrogacy is by definition a branch of reproductive medicine. So surely new laws on it should look at the medical processes and consider the health and safety of the women who are the key participants in the process – the egg donors and the surrogate mothers who will carry the baby for nine months before giving birth and handing over their new-born to the commissioning parents?

Egg donors have not been considered at all in the whole consultation paper and yet they are an essential part of the process and deserving of close monitoring and protection from exploitation.

At the last consultation event I attended, a question was raised about the absence of any mention of egg donors in the consultation paper. This was breezily dismissed. Egg donation would be regulated by the HFEA, we were told. On further questioning one of the lawyers threw up his hands and said “we are not doctors, we are lawyers” and explained they hadn’t concerned themselves with medical matters.

Well I AM concerned with medical matters.

Whilst maternal mortality and morbidity rates in the UK are reassuringly low, pregnancy and childbirth still carry significant risks. As a midwife I have been personally involved with two maternal deaths and could recount many serious “near misses” and birth injuries with long-term health consequences, including mental health problems such as post partum psychosis.

Then there is the whole issue of egg donation – this is not a straightforward procedure and carries its own risks. To completely ignore this part of the process is shocking. Egg donors and surrogate mothers deserve to have the risks to their health that the process involves to be considered seriously and suitable protections established in law.

Despite the proposed new laws being all about reproductive medicine, the commissioners have failed to seek or take medical advice and there are no recommendations for best practice and protections for the mothers undertaking a surrogate pregnancy.

In fact it’s fair to say that the whole focus of the consultation is on easing the path of commissioning parents, while the needs and protections required for the women who will be providing the service have been totally ignored.

Have the commissioners considered the many abuses occurring worldwide, where wealthy westerners exploit impoverished women in poor countries? Just as countries like India, Thailand and Cambodia are pulling up the draw bridge and banning international arrangements to protect their population from exploitation, British law commissioners are seeking to smooth the path of parents returning from abroad with a baby.

In my view people returning from abroad with a newly acquired baby should be investigated and prosecuted for people trafficking. The new laws should make it clear that surrogacy tourism is reprehensible and will not be tolerated.

Conflict with recommendations from the UN Special Rapporteur

I do not accept the new proposals are compliant with UN recommendations despite Professor Nicholas Hopkins assuring me they are when questioned about this at the last presentation I attended. The UN Special Rapporteur expressly recommends that the surrogate mother retain legal parentage and parental responsibility at birth. A prime tenet of the new proposal is to automatically give the commissioning parents legal parentage at birth. How are these two recommendations compatible?

A major facet of the proposals is to maintain the fiction that the UK has an “altruistic” model. However proposals include lifting the ban on advertising and allowing payments to fixing agencies (who may technically be “non profit making” but will in practice be driven by commercial concerns). Many players will be involved in the process, all charging a fee and profiting. However the surrogate mother herself, who carries the baby for nine months and goes through labour and birth will be unpaid.

The law commissioners themselves recognise that this could be seen to be “a form of exploitation” (paragraph 14.55 of the consultation paper).

Many of the proposals concern themselves with legal wrangling regarding what “expenses” the surrogate could be paid so that she is seen to be rewarded and not exploited whilst maintaining a fiction that this is all “altruistic”. This is nothing less than state-sponsored fraud.

Finally, I am concerned at the lack of wide-ranging research undertaken as a part of this consultation. As previously mentioned, the Law Commissioners have not even consulted with the Royal College of Obstetricians and Gynaecologists. They admit to an absence of medical knowledge.

A Freedom of Information request has revealed that the stakeholders that have been consulted are almost universally organisations and individuals who are pro-surrogacy. The families who have used surrogate mothers and the surrogate mothers the Law Commissioners have talked to are a self selected group of satisfied customers.

Why have they not included research into some of the negative aspects of surrogacy and looked at problems arising around the world? At the very least by doing so they could learn from bad practice and resolve to ensure there are sufficient safeguards to prevent these sorts of abuses and exploitation happening in the UK. It is remiss and frankly negligent in my view to conduct such a biased consultation.

As I mull over all these issues the inescapable conclusion I have come to is that this consultation is wholly inadequate, with very damaging proposals that fail to protect women and children both in the UK and in other countries where surrogacy tourism is booming. I will be asking the All Party Parliamentary Group on Surrogacy to abandon this consultation and go back to the drawing board.

What can you do?

Alternatively, consider writing to the Law Commissioners explaining your concerns and objections to the proposals. (You can email them at: surrogacy@lawcommission.gov.uk.) You may want to ask them to abandon the consultation and start again centring the human rights of women and children.

Throughout the consultation paper the surrogate mother is referred to as “the surrogate”. I refuse to erase that woman’s status as a mother and so use the term “surrogate mother”. They also refer to the commissioning parents as the “intended parents”. Again, I choose to use the words “commissioning parents”. They have, after all, sought out a woman and contracted her to carry a baby for them.

[*] See the Acknowledgements section on page 21 of the consultation paper.