Dana Levy is an Israeli prostitution survivor and campaigner for the Nordic Model in Israel, where a Nordic Model-style law has recently been passed. In this article, she talks to Dr Tal Croitoru, the CEO and founder of the Israeli network, EMDR Experts, about her EMDR work with people who’ve experienced prostitution. EMDR (Eye Movement Desensitization and Reprocessing) is a psychotherapy treatment that was originally designed to alleviate the distress associated with traumatic memories.

You’re an EMDR therapist. Who is EMDR aimed at? 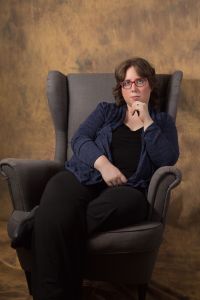 EMDR was originally developed to treat people suffering from the after-effects of trauma, and was mostly used on sexual assault victims, the shell shocked, victims of road accidents and other such blood, fire and smoke incidents.

As EMDR was shown to be effective for victims of acute post-traumatic stress (PTSD), its use was broadened in two directions. Firstly, to treat people with more complex conditions – the suicidal, people with addictions, people who fall under one of the personality disorder categories, and so on; and secondly, to help more stable populations – for example, to improve athletic performance and help performers overcome stage fright.

Do you treat people in prostitution?

I treat some, but they are a minority of my clients and have mostly already left the industry but still carry the emotional burden. Even doing prostitution once, or for a short time, leaves scars that last for years.

If they are the minority, maybe prostitution isn’t as harmful as it’s often claimed?

That’s not my impression from my encounters with people in prostitution outside my work. I don’t think a failure to seek treatment is proof that their emotional state is too good to justify trauma therapy. I think it’s more likely that they’re in such a bad way they don’t have the resources to seek and adhere to therapy. Any type of therapy demands resources in terms of time, money, routine and a minimal emotional stability.

What are the issues that those who left prostitution are looking to treat?

They don’t generally seek therapy ‘because of prostitution.’ People seek therapy because they are depressed, anxious, and dysfunctional, their relationships fail, and their lives are full of misery. But these are consequences and EMDR treats causes and sometimes I discover there’s prostitution in their background.

How does prostitution result in depression or PTSD?

I’ll give an example of one of my patients. He immigrated to Israel alone, lived in college and thought prostitution would be a good way to make money. He thought he’d filter his clients and only select men he was attracted to. How bad could it be?

Then a client came along, he looked good, but he was there to get his money’s worth. When it’s a reciprocal relationship each side does what feels good, what they themselves like, or at least doesn’t cause them pain. But now there’s a client, and my patient’s supposed to ‘provide service.’ He found himself in a situation that sounded an awful lot like the many rape cases I’ve heard about from other patients: “I’m lying there waiting for it to be over, and I’m in pain and during parts of it I feel like I’m outside looking in.” He spent the money immediately because it disgusted him.

For many patients, prostitution is an experience of helplessness, flooding, shame, guilt (“I caused it”) and concealment. I see patients who don’t frame their life experiences as prostitution, usually when their situation skirts the grey area around it. But whenever sex happens for a motive other than desire and free will, there’s a good chance it will be traumatic.

Another patient told me, “I needed the money, and he wanted me so badly and said he’d fix me in a hotel, with all the bonuses, but I wasn’t attracted to him. I tried nonetheless, and I tried again, but after two months I left.” This is someone whose every relationship is abusive to some degree.

How does prostitution lead to trauma?

Trauma is created when the brain is exposed to an experience that is too overwhelming to process in real time. When that happens, memory remains unprocessed, and that has two implications. First, it continues to exist while other things go on happening. For example, a soldier with post traumatic stress doesn’t recover just because the war is over, and similarly a prostituted woman doesn’t recover just because she quit.

The second implication is that anything can trigger the trauma: a smell, a description, a dream. This is true even for normal memories, but traumatic memories work in a different way. They are stored in an unprocessed form and are accompanied by disproportionate fear, helplessness and pain.

The very situation of prostitution is overwhelming. When the sexual contact doesn’t happen out of desire but the woman forces herself to do it to make money, she might try to disconnect herself from the situation. This causes a dissociation of the body and the spirit, the memorization of the event is done by abnormal brain circuits, the information of time and space is not recorded and later the person will relive the same panic, the same anxiety at the slightest evocative sensation. Of course prostitution also has other flooding events like customer and pimp violence, but even without that additional violence, trauma might develop.

How unique are the individuals who suffer from trauma as a result of prostitution?

I would say they’re the norm. Sexual assault victims hardly ever seek help; multiply that by many, many assaults.

New Zealand adopted the approach of decriminalization. Under this model, the sex industry is deemed to be just one of many service industries and prostitution a job like any other. People in prostitution are protected by labour laws and in theory have the right to refuse a customer. It is claimed that this reduces the stigma surrounding prostitution. Can it help to reduce the traumatic repercussions of prostitution, do you think?

What’s the practical meaning of the right of refusal during the act, if the act itself, in its core, is based on you being there not out of desire, but because someone paid?

We all do things at work we don’t want to do because we’re paid to do them.

It’s like saying it’s a shame I’ve spilled a glass of water, and it’s a shame about the terror acts in Sri Lanka. They’re both a shame, but not on the same scale. If a boss asks you to prepare a coffee for a guest and it’s not on your job description, it sucks. But it’s not the same as your boss asking you to sleep with the guest. 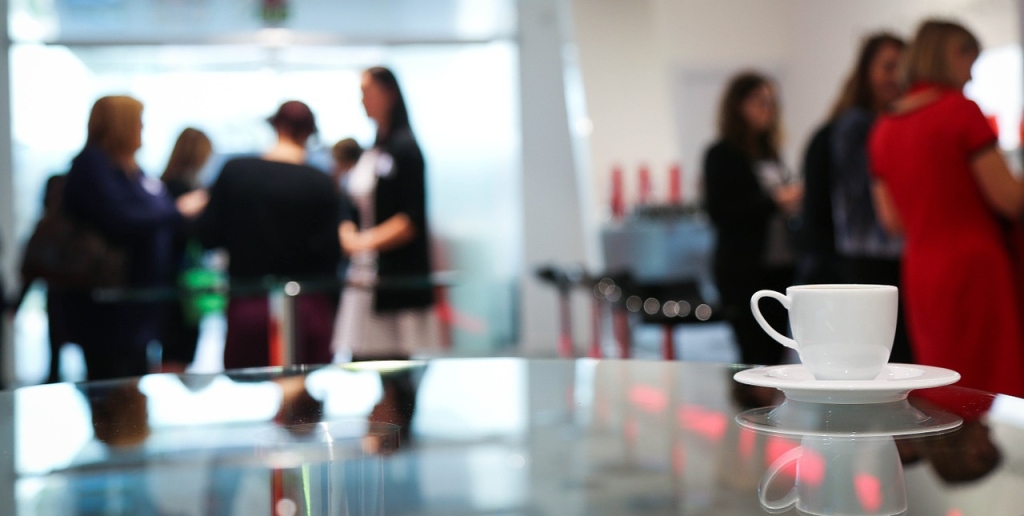 I understand. But if we agree the sex industry can’t be abolished – isn’t it better for those trapped inside it for it to be legal, like any other job, rather than a criminal activity they might be punished for? It reduces the stigma, improves social acceptance, and gives better access to the authorities when necessary.

Not everyone shares the same intuitions. Can you explain why you believe it’s not just another job?

Here are some criteria for what defines a job as legitimate, even when it’s not very desirable:

Reality has demonstrated that being penetrated unwillingly is a thoroughly traumatic experience, and money doesn’t change that fact.

Is this claim supported by other EMDR therapists?

It’s supported by reality. A stranger grabbing us by our private parts will shock us, and so will being penetrated when we accept it only because we’re in need of money. You know what? Anyone who wants to empirically test this can go out there and try it out and let us know the result.

If prostitution is a job like any other, I suggest that the legislature and policy makers practice it for one week before making a decision. They shouldn’t make a big deal out of it. That’s a better way to increase social acceptance and reduce stigma.

The scope of harm around sexual trauma is huge and there’s extensive literature on that. If it’s ‘just the same’ why are being ‘slapped by my brother’ and being ‘penetrated by my brother’ not the same? I recently started treating a patient who suffered incest by her brother. She’s been haunted by that for decades. I don’t have clients who reach out to me because their brother made them clean their room.

There are individuals in prostitution who claim they’re not harmed. Why deny them the option to practice it?

In my opinion, when you fail to feel pain, it’s often a sign you’re at your worst. The chances of someone remaining unharmed in the long run are so miniscule that we can’t let their wish to practice it outweigh the overall risks and harm to everyone else.

What other jobs require such rehabilitation, anyway? It reminds me of the story of a bridge where a lot of accidents happened and so they built a hospital next to it.

I’m a great believer in an ounce of prevention is better than a pound of therapy. There are those who left the industry pretty quickly and are still haunted by it years later.

How can we minimize the sex industry?

As a first step, stop claiming it’s like any other job. Besides, as long as there’s demand there will be those in difficult situations who will fall into it. In my opinion the only way is to minimize demand as much as possible. While the Nordic Model is being implemented in Israel, campaigns calling for men to stop paying for sex should be launched. Some of these men not only need information but also treatment. A man has to be suffering an emotional problem to pay for sex.

Is there any danger such campaigns and the Nordic Model law will chase away the ‘good’ clients while leaving only the violent ones?

It’s possible that as we point out how problematic it is, we leave behind the most troubled core. But it’s not like all these violent clients were sitting around playing backgammon, only to arrive in the industry with the passing of the law. They were always there along with some clients who were maybe a little further on the right side of the normative spectrum.

Either way, shouldn’t violence be considered a crime regardless of prostitution? Only a psychopath would say: “I’m doing something illegal anyway, so I might as well go all the way.” Criminalization doesn’t manufacture psychopaths. Maybe now, with the legal change, there’ll finally be an increase in reports about them. 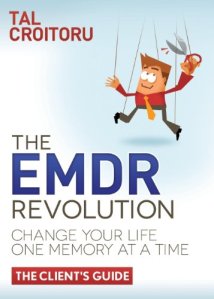 Dr Croitoru’s book, ‘The EMDR Revolution: Change Your Life One Memory At A Time – The Client’s Guide,’ has won international book awards and has been published, so far, in Japanese, Italian, German, French, Spanish, Portuguese, Albanian, Romanian, Chinese, and Dutch. A few years ago, she left Israeli academia after 18 years, nine of which were spent as a researcher and lecturer. She is certified as an EMDR Consultant by the EMDR International Association and she is among the pioneers of EMDR as a stand-alone psychotherapy.